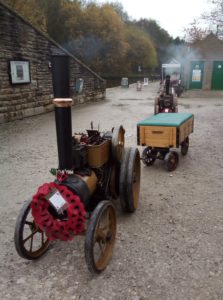 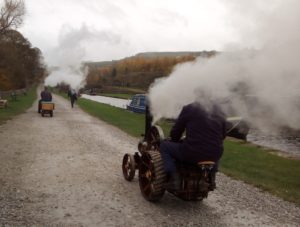 Last Saturday brought some more unusual visitors to the basin as two steam engines came down from the First world War commemoration that was taking place in the village.

But the summer months saw far fewer boats than usual visiting the basin. In May CRT re-opened Marple locks having completed the works on lock 15, however restrictions and then closure soon came again with lock 11 failing. With the Peak Forest canal effectively cut in half and boats unable to do the popular Cheshire ring  in particular this impacted on the number of boats visiting  Bugsworth.

As the hot dry summer progressed and the grass at the basin turned brown the feeder reservoirs dropped drastically.

On 13th August Bosley locks were shut through lack of water, cutting off the summit level from the rest of the canal system. At the same time, with no feed coming in from the Black Brook, all boats were advised to move out and CRT put stop planks in at the basin to help maintain level in the summit pound and we waited to see if the level of the basin would drop—or rather, how much it would drop.

Initially the level did drop 8” but fairly soon the weather cooled and rain showers kept topping up the basin.  However, after Pablo lined the lower basin arm stop planks with plastic the level of the arm dropped drastically.

3 leaks in the arm were soon apparent, unfortunately we also found that water was leaking into the arm through one of the walls, probably running from the wide. This was referred to CRT who have investigated and we await developments.

The basin was re-opened a few weeks ago after heavy rain raised the level of the Black Brook and started feeding into the basin again.

During the summer, as usual, work centered around keeping the basin tidy. 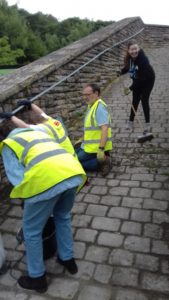 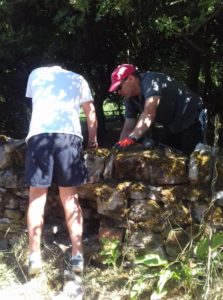 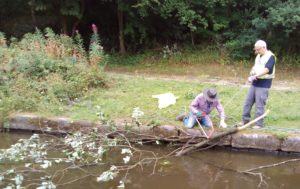 Work has now turned to tidying up where needed and construction of the new accessible picnic benches, planters and seats. 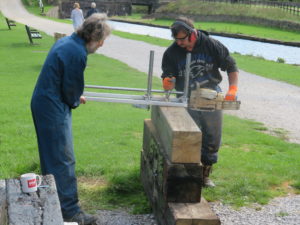 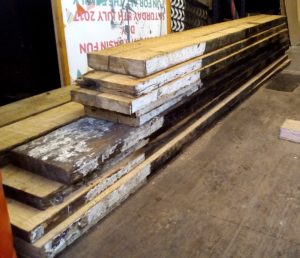 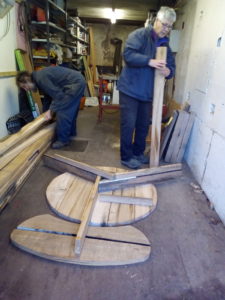 Having cut some of our stock of redundant lock gate beams into planks the first picnic bench is now well under way. This will be the easy access picnic table, which we hope to have in place early next year.